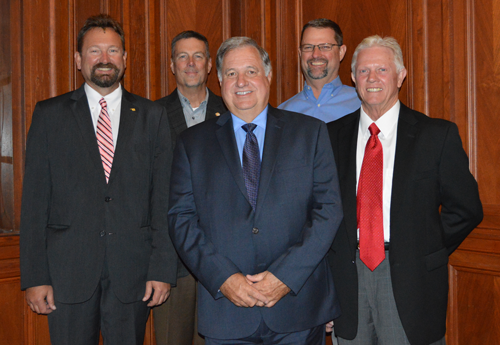 Don Tice, a longtime school board member from Oologah-Talala Public Schools, is the new president of the Oklahoma State School Boards Association. He began his one-year term during the association’s annual conference Aug. 26.

Tice has served on the Oologah-Talala board since 1994 and on the OSSBA Board of Directors since 2005.

“I’m often asked why I would want to serve on a school board,” Tice said. “My response is: Why wouldn’t I? School board service provides an opportunity to help make sure Oklahoma children have an education that will take them wherever they want to go. It’s an honor to represent my fellow school board members across the state in my role as OSSBA president.”