“The governor’s action today was typical of the cheap political theater we continue to see at the state Capitol and shamefully ignores the difficult reality facing Oklahoma schools.

Calling for school consolidation is simply a distraction designed to score political points. Oklahoma has a serious revenue problem that’s only being compounded by a chronic lack of leadership. Classrooms absolutely need a massive investment of resources – but that won’t happen by shifting a few dollars around in already razor-thin budgets.

Oklahoma invests $1,500 less per student in public education than surrounding states, and it would take more than $1 billion to reach the regional per-student average. Texas – the state that continues to lure away our teachers – reached our current level of per-student investment a decade ago.

The governor is on shaky constitutional ground in calling for school consolidation. Article 13 of the Oklahoma Constitution vests the Legislature with regulation of public schools, and Oklahoma communities elect local school members to govern schools in the best of interest of students.

I’m angry and frustrated that our state’s elected leaders lack a true sense of urgency about the crisis in our classrooms. They are watching as teachers cross the border for better pay and support, ignoring the thousands of children who are in classrooms with underprepared and underqualified teachers and are crushing the hope of the educators who opt to stay.

Oklahomans must demand better of our elected leaders. ” 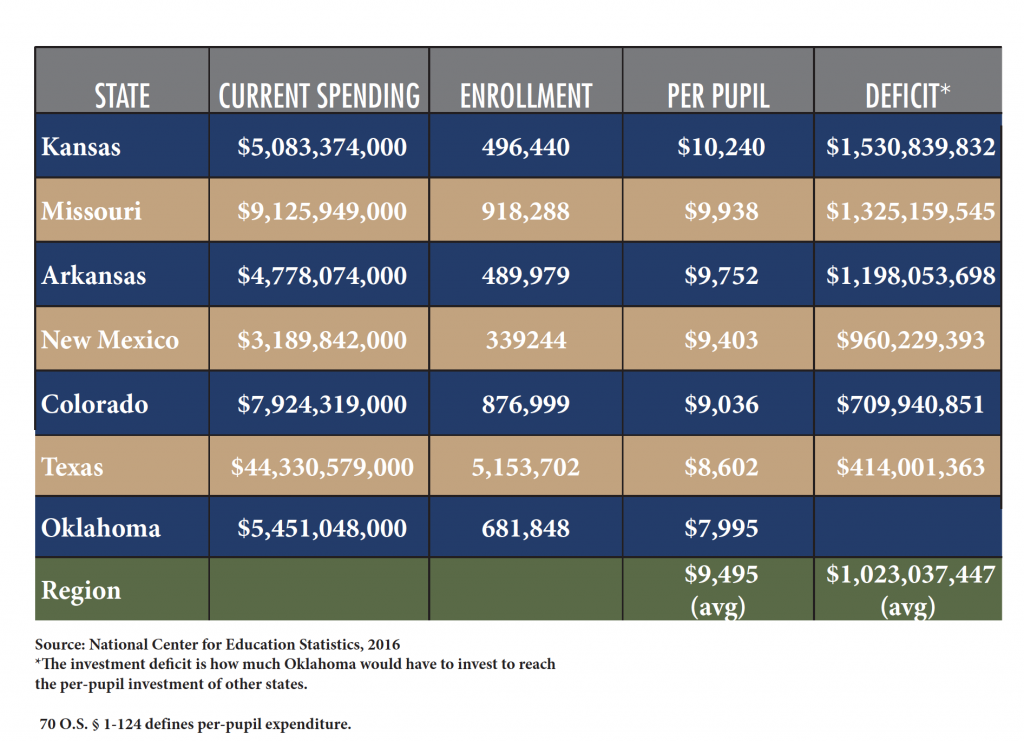