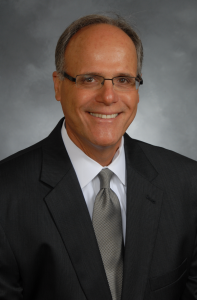 “Dr. Siano is a proven leader who will be a tremendous resource for school board members and school districts across the state,” said OSSBA Executive Director Shawn Hime. “His extensive knowledge and experience will allow OSSBA to even better serve our members as they seek to provide a high-quality education for every student.”

Siano will begin his new role on Sept. 24.

“I’m humbled by the volunteer service of school board members throughout the state whose chief focus is the education and well-being of children in their communities,” he said. “I look forward to working with them to support their leadership and strengthen public education in Oklahoma.”

Siano was a key leader in development of For the People: A Vision for Oklahoma Public Education. The joint initiative between OSSBA and the Cooperative Council of School Administration (CCOSA) is a grassroots effort to engage policymakers, business leaders and local communities in a collaborative effort to improve public education.

In addition, Siano received a Friend of the Profession Award from the Southwest Conference on Language Teaching, was named National Ambassador for the American Association of School Librarians and received the 2011 Distinguished Alumni Award from the University of Central Oklahoma.

He is a longtime member of CCOSA and served as OASA president in 2012. Siano also served on the American Association of School Administrators’ Governing Board in 2016.

Siano currently serves on the Oklahoma Policy Institute’s Board of Directors and is also a member of the Oklahoma Academy for State Goals. His community involvement includes the American Heart Association, Junior Achievement, Norman Chamber of Commerce, United Way of Norman and the Norman Sooner Rotary Club.