This year’s record increase in education funding to pay for the raise isn’t reflected in the new report from the National Center for Education Statistics, which analyzes state-level data from the 2015-2016 school year. However, even after taking the $480 million in increased education funding into account, the data reaffirm ongoing investment will be required to offset years of underinvestment and reach the regional per-student average.

“Education leaders are incredibly grateful for the bold leadership of legislators that resulted in a significant pay raise for Oklahoma’s hard-working teachers,” said Shawn Hime, executive director of the Oklahoma State School Boards Association. “Our state’s elected leaders have repeatedly described the raise as only the first step in much-needed education investment, and this new report reinforces why we must stay the course of improving support for public education. Surrounding states are continuing to devote more resources to education, and we’re playing catch-up. We look forward to working with legislators and Gov.-elect Stitt to develop a long-term funding plan for education.”

The state’s growing teacher shortage is the most obvious result of the underinvestment. Schools have been battling increased class sizes, and in some cases, reducing course offerings when administrators couldn’t find qualified teachers, Hime said. Oklahoma would need to hire nearly 4,900 additional teachers to reach the average regional student-to-teacher ratio, according to NCES data that also relied on fiscal year 2016 information reported by states. That’s about the same number of teachers the state is expected to need to achieve House Bill 1017 class size limits. 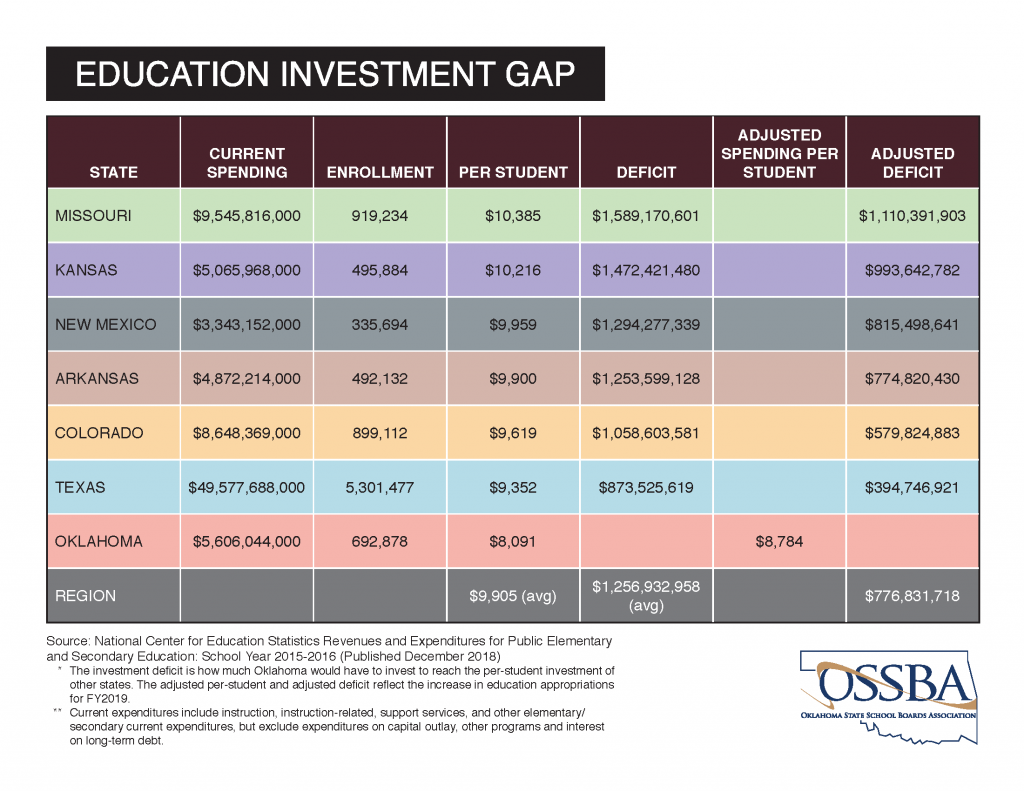 “We’re not talking about funding wants – this is about a basic level of funding and support,” Hime said. “If we want to improve outcomes for students, we need well-prepared teachers in our classrooms with a reasonable number of students so teachers can provide individual attention. We aren’t setting children or teachers up for success when we have elementary students learning to read or do math in classrooms with large numbers of students and underprepared teachers.”

An analysis of NCES data shows:

Oklahoma began using the NCES definition of current spending as its official per-student spending measure in 2017. The NCES current spending calculation captures the day-to-day expenses of operating schools and districts. It includes salaries and benefits, supplies and purchased services for instruction, instruction-related costs, support services and other elementary/secondary current expenses. Expenses associated with repaying debts and capital outlays including land purchases, school construction and repair and equipment are excluded from current expenditures. Expenses for adult education also are excluded. 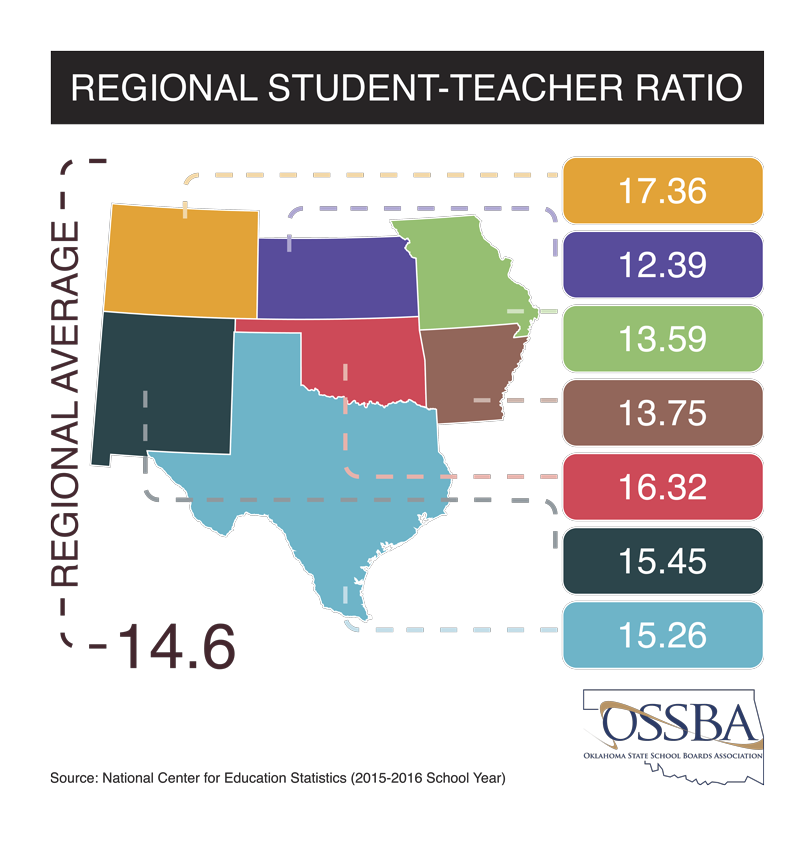 Hime said while the new data is a stark reminder of the challenge ahead, he remains hopeful.

“Oklahomans and our state leaders understand that education is an investment in economic development and our state’s future. Our children are worth as much as children in Arkansas, Colorado, Kansas, Missouri, New Mexico and Texas. We can’t make the gap up overnight, but we’re moving in the right direction. That’s good news for Oklahoma children.”