State of Emergency: The Good & The Bad

The saying goes a picture is worth a thousand words, and here are two: 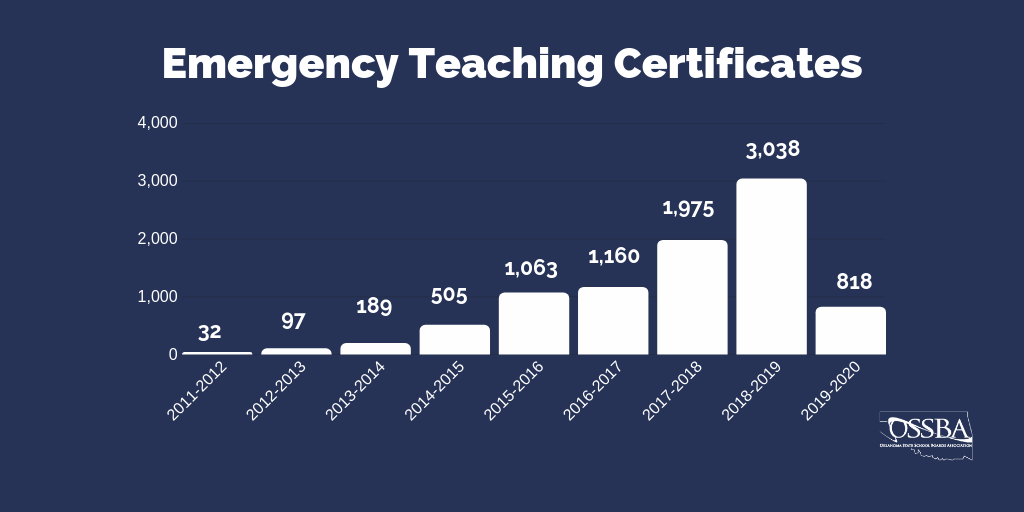 This graphic almost needs no explanation. The single statistic of emergency teaching certificates issued by the state Board of Education shows Oklahoma’s teacher shortage has grown at a phenomenal rate. 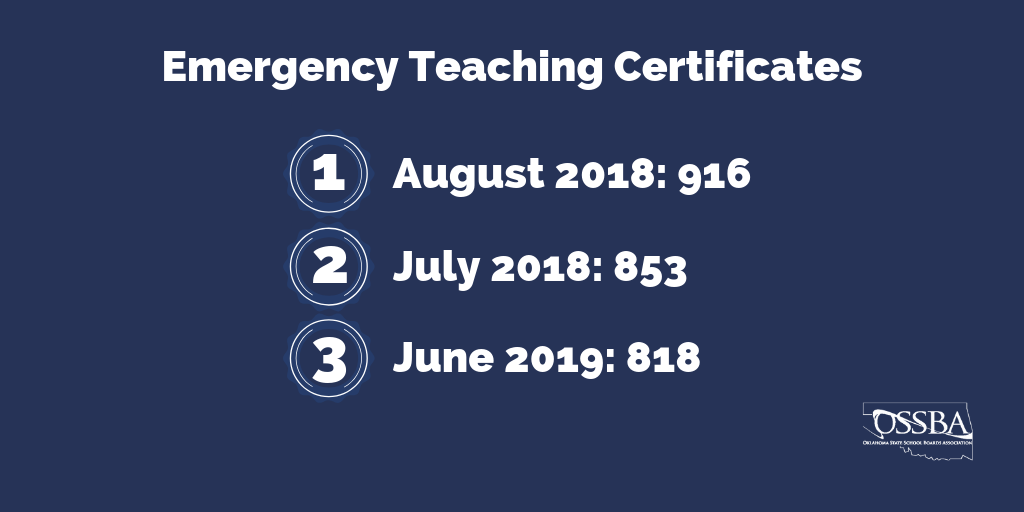 But as someone who loves words more than pictures, I don’t think these images completely do the story of Oklahoma’s teacher shortage justice. In the nearly six years OSSBA has been closely tracking the state’s teacher shortage, a few truths have become crystal clear:

Oklahoma school districts had about 1,100 more teachers during the 2018-2019 school year compared to the prior year, according to the state Education Department. That may partially explain the record number of emergency teaching certificates issued.

Throughout the shortage, local school officials have always had to make a tough call when they struggled to find a certified teacher: leave a position vacant or fill the position with an emergency certified teacher. The former means larger class sizes or reduced course offerings; the latter has its own risks (and possible rewards).

As my boss Shawn Hime pointed out in his conversation with the Tulsa World’s Andrea Eger, districts that choose to hire emergency certified teachers must work to provide them with much-needed support. In our five previous annual surveys of school districts on the teacher shortage, we’ve had an increasing number of superintendents report about partnerships and training they offer to inexperienced teachers, often regardless of whether their certification is traditional or emergency.

OSSBA will conduct its sixth annual survey of school districts on the teacher shortage in August. We’re hopeful that even if the survey results back up this month’s early indicator that we’re in for another record year of emergency certificates, the new investment will yield some positive news  and more momentum on which to build.