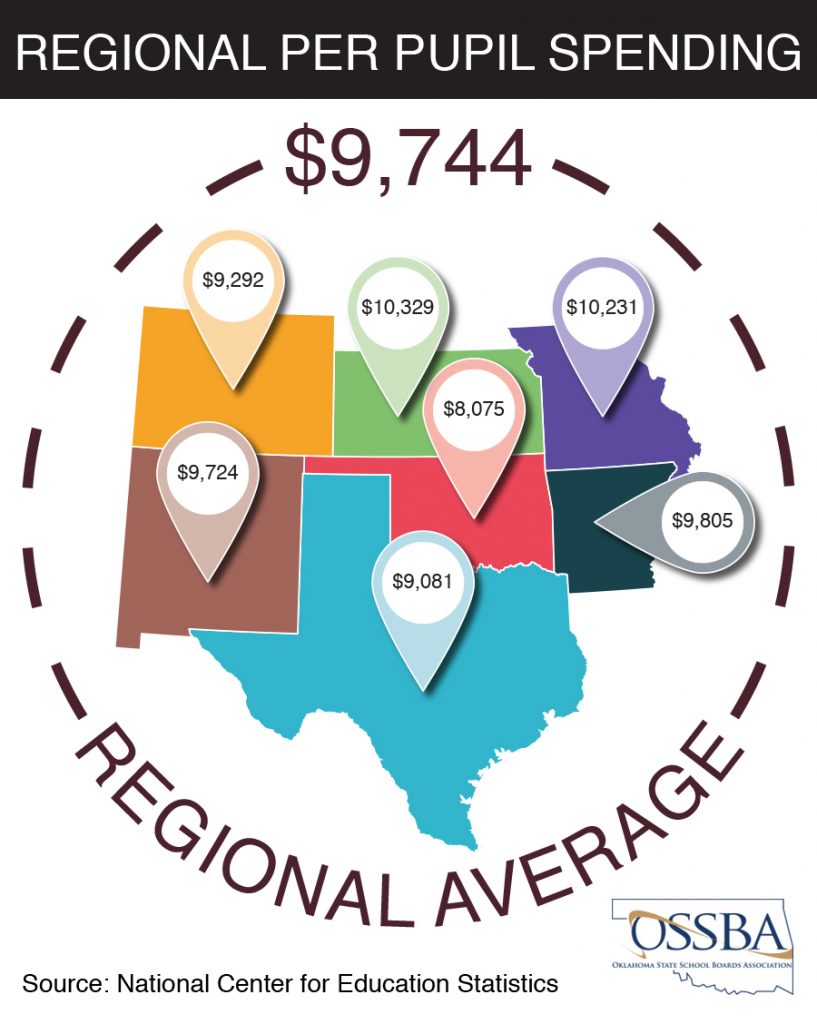 Oklahoma is falling further behind neighboring states and the nation when it comes to education investment, according to new federal data released Tuesday.

“This isn’t difficult math. We’re striving to compete with neighboring states for jobs and businesses while failing to keep pace with their investments in education,” said Shawn Hime, executive director of the Oklahoma State School Boards Association. “We’re already a decade behind our neighbors when it comes to education investment. It’s time to catch up and dream big for our children. The need for a long-term education funding plan to ensure competitive teacher pay and the classroom resources necessary for student success is dire.”

While education investment lags, the teacher shortage grows. Oklahoma has approved a record number of emergency teaching certifications, leaving tens of thousands of Oklahoma children in classrooms with underqualified and underprepared teachers. Many class sizes are growing and some courses have been eliminated as districts have struggled to tackle the double-whammy of the teacher shortage and tight budgets.

Much time and energy have been needlessly devoted to criticizing local education spending instead of focusing on the benefits of properly investing in education, Hime said.

“This data should provide a sobering reality check and create a sense of urgency. A bold investment in education is key to better preparing our children for the future, catalyzing economic development and creating a more prosperous future for our state.” 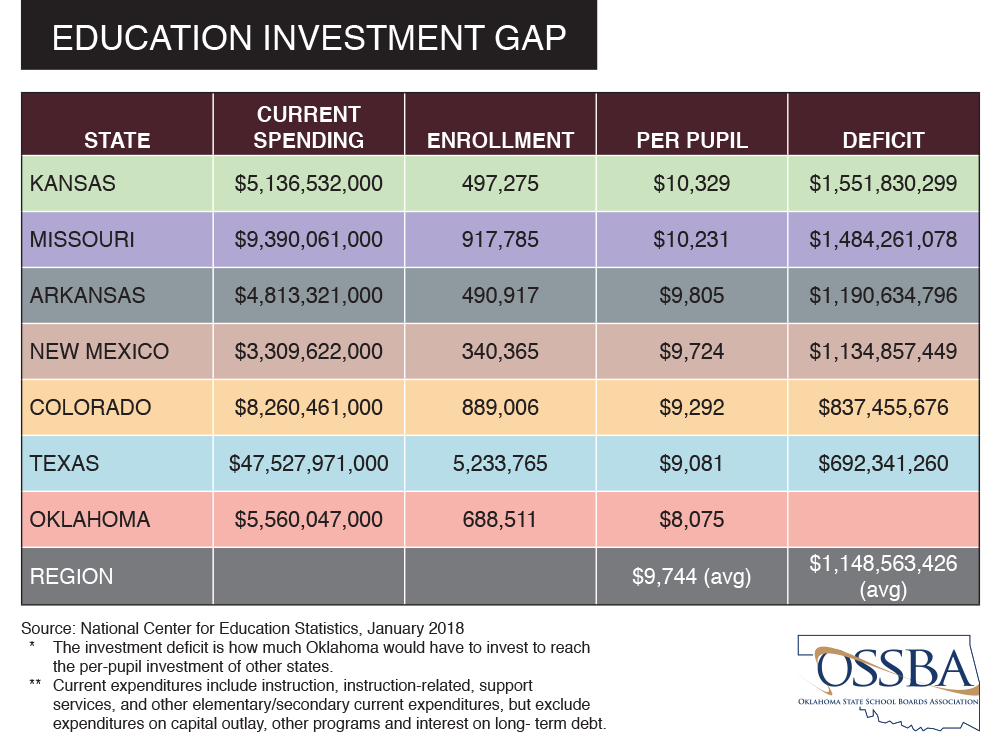